Preschool vocabulary building is one of the most important components of preschool education. At this age, the children are sensitive to language. They learn new words through day-to-day interactions at home and school. But we should not totally rely on day-to-day interaction to build the child’s vocabulary. We should take advantage of the child’s sensitiveness to language to build their vocabulary. The Three-Period Lesson is the Montessori way of teaching new words. This is also called the “Three-Staged Lesson”.

Three-Period lesson is introducing new words in 3 distinct stages. E.g., colours, shapes, sounds, numbers…etc. There are specific rules that you have to follow in each stage. Before we get into those rules, let’s be clear on some basic factors to make it more effective.

How to prepare for the Three-Period Lesson

Now let’s get down to the nitty-gritty of each stage of the Three-period Lesson. I am going to use phonics sounds for this example. In the Montessori method, we use Sandpaper Letters to introduce new sounds. Choose 3 letters with contrasting shapes, a vowel and a consonant. I always choose ‘c’, ‘l’ and ‘a’ for the first lesson

How to perform the Three-Period Lesson

The Three-period Lesson sounds simple and easy. But if we do not pay attention to the minute details, we could be making mistakes unconsciously. These little mistakes can confuse the child and might even lead to discouragement. To Perfect the Three-period lesson we need to understand each rule and practice. Let’s find out some of the most common mistakes many teachers do. 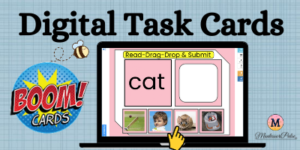